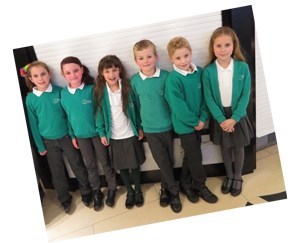 "We watched with excitement as, on the stage, the little boy built the biggest, most realistic snowman you have ever seen. So realistic that, during the night, the snowman came alive and gave the boy a wonderful adventure to remember forever.

We felt we were taken on the adventure with the boy.  He took the snowman into his house and we laughed as the snowman experimented with different noses from the fruit bowl - the banana looked very silly. If it ever snows here, we have all decided to try a banana as a snowman's nose - or perhaps a pineapple!

When the fruit danced out of the fridge to join the snowman, we found it hilarious! The huge fruit were crazy as they did the limbo on the stage.  The cool banana was a bit of a cheat though! We wish our fruit were alive -  who knew fruit could be such fun?!

When the snowman took his crazy ride on a motorbike, we were almost jumping out of our seats, hoping that the animals would dance out of the way in time.

It was so magical when the snowman and the boy flew in the air, we felt that we could fly too 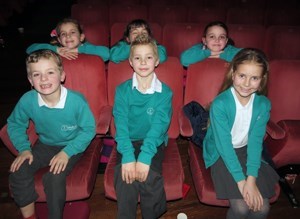 . Father Christmas was a great guest character at the snowmen party, generously giving out presents. Although he did surprise us with his trump!

The show was so full of fun that even Jack Frost couldn't ruin the day!  'The Snowman' was the most magical, glorious show and we think that everybody needs to see it - even the Queen!

We will always remember the fun we had at Mayflower Theatre and recommend that you should go too and make memories that will stay with you forever."